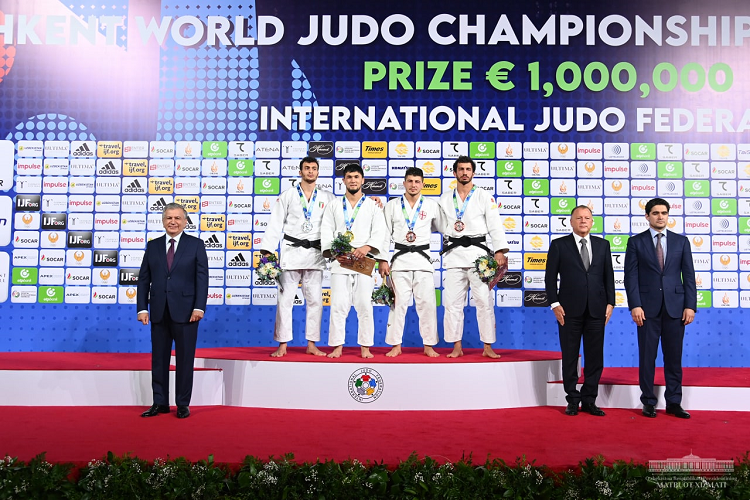 According to the press service of the Head of our state, this is an important tournament second only to the Olympic Games in terms of prestige. The championships, which are held for the first time in Uzbekistan, are attended by 571 judokas from 82 countries. Uzbekistan’s national team includes 18 men and women.

The Head of the state watched the finals of men’s competitions in the weight category up to 90 kilograms. Uzbekistan’s Davlat Bobonov defeated his Italian rival Christian Parlati in a tough fight and won the gold medal. This became another outstanding success of domestic sports.

Four more representatives of Uzbekistan will take to the tatami in the remaining days of the championships. The Championships will run until October 13.