Each period in history is marked by certain factors of development, needs and life principles. A society living in its time has a corresponding lifestyle, views, relationships, and thinking. From this point of view, 2017 is the beginning of a fundamentally new stage in the history of Uzbekistan, marked by the progressive development of the state. 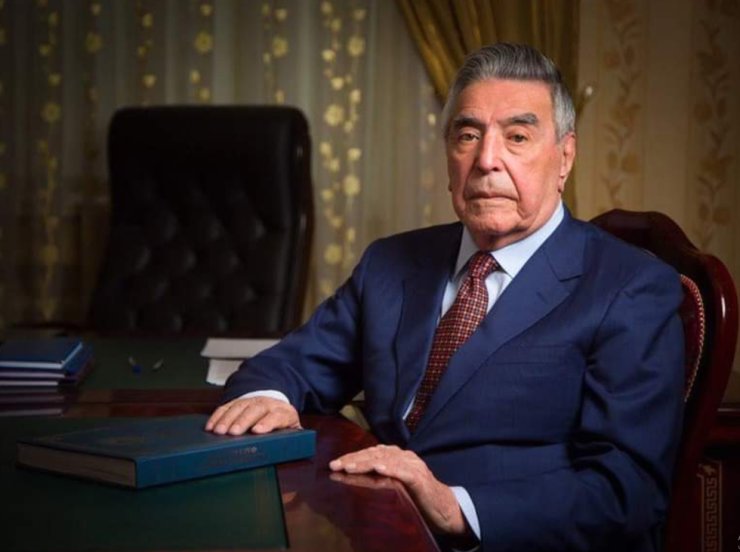 This is directly related to the role of a strong personality with unique analytical mind, political will, keeping up with the times and taking into account, along with national characteristics, the best practices of world statehood.

The current process of rapid development is based on a solid foundation and many years of experience. Historical achievements during the period of independence, large-scale reforms, a long-term program vision are the result of a consistent search for solutions to accumulated problems.

Independence Day is an opportunity to take stock of the covered path, to determine the tasks for building the future. In the process of large-scale reforms, the role of the head of state and the activity of a political leader are of particular importance.

From this point of view, based on my many years of experience and historical achievements of our country, I think it is appropriate to tell about some of the most striking aspects of the activities of President Shavkat Mirziyoyev.

Since the first days of independence, Shavkat Mirziyoyev, having worked first as a district Hokim, then as a Hokim of two regions and Prime Minister for more than thirteen years, has made a huge contribution to the development of Uzbekistan in a relatively short period. Over the years, he has visited almost every village, every mahalla of the country. He deeply studied all spheres of public life, existing problems and found solutions to them in a timely manner.

The presidential elections held in December 2016 once again demonstrated a high political culture, a sense of belonging of the Uzbek people to the fate of the Motherland and the people.

Each of our compatriots, having received the ballot, thought: which of the four candidates can become the guarantor of my fate, the future of my children, peace in my family and the security of my life? Who will be able to bring the country’s development to a new level? Who will protect the national interests of Uzbekistan in domestic and foreign policy? And the overwhelming majority of voters voted for Shavkat Mirziyoyev.

As the conclusion of the Central Election Commission showed, our citizens are thinking about their fate and prospects, the prosperity of the Motherland and peace in the country. The Uzbek people have demonstrated a desire to unite in the name of protecting common interests.

This process has become a new page, a turning point in our recent history.

Shavkat Mirziyoyev’s election program stood out for its scale, versatility, coverage of all spheres of public life, sincerity, and in domestic and foreign policy – a constructive approach. The five principles formulated in the election program were supported by the public thanks to ideas aimed at finding solutions to the accumulated problems, ensuring the rapid development of Uzbekistan in new historical conditions.

Having assumed his duties as President of Uzbekistan, Shavkat Mirziyoyev revised the program, deepened and specified the issues raised in it, developed measures to accelerate the development of every sphere of life and activity of the state and society. All this is reflected in the Action Strategy for the five priority areas of development of the Republic of Uzbekistan in 2017-2021.

Based on my many years of experience, I should note that the distinctive features of the policy of President Shavkat Mirziyoyev are foresight and ingenuity in the decision-making process, including in personnel policy, as well as a systematic approach to state management.

This can be seen in the following.

Firstly, the country’s leader has a firm and unchanging political position.

Secondly, the President has a high quality of bringing the work started to the end.

Thirdly, the political image and authority of the head of our state determines the strict fulfillment of the set goals and objectives.

Fourthly, the activity of the head of the republic shows a high degree of consistency with the formed political views.

Fifth, the phenomenal memory and willpower of the leader of Uzbekistan make it possible to exercise control over all spheres of life and activity of the state and society.

Sixth, under the leadership of the President, timely resolution of topical issues and fulfillment of tasks are ensured.

Seventh, the head of state demonstrates a high management culture, showing the best leadership qualities. In particular, openness in establishing and maintaining political relations, commitment to direct dialogue with the people, participation in the dreams and aspirations of every compatriot.

There is also a second aspect of this issue. This is a manifestation of such a unique quality as the ability to combine the best practices of the modern model of public administration with national experience and traditions, awareness of the trends of the time.

Indeed, in the activities and style of work of President Shavkat Mirziyoyev, a sense of belonging to the everyday concerns and joys of the Uzbek people is a priority. This leads to the unification of the interests of society and the state, which allows us to say with confidence: we will build our great future together with a brave and noble people.

The distinctive features of our people are a high sense of justice, loyalty, openness and sincerity. These are creative people who, thanks to active and conscious management, can show high spiritual, moral, educational and intellectual potential. Thanks to this character of the people, an open society is being formed, capable of progress, qualitative renewal and building a great future of Uzbekistan.

Each time has its own figures, political leaders. Each of them has a certain character and approaches to management. Over the past six years, President Shavkat Mirziyoyev has established himself as a major reformer of domestic and foreign policy. Indeed, it marked the beginning of an absolutely new stage in the development of Uzbekistan. This can be seen in the following.

Firstly, a solid and scientifically and practically effective strategy for the development of the state and society has been developed;

Secondly, the mechanism of socio-economic development in all spheres has been launched;

Thirdly, the leader of the country sets an example of energetic and active activity;

Fourth, at the highest level, constant monitoring of the implementation of the set goals and objectives is ensured;

Fifth, a competent and effective personnel policy is being conducted.

These aspects are important components determining the active development of Uzbekistan in recent years.

One more thing should be said. The direct dialogue of the President with the people makes it possible to form a trusting mood in society, an atmosphere of mutual understanding.

The political consistency and commitment of President Shavkat Mirziyoyev to system management are reflected in the Development Strategy of the New Uzbekistan for 2022-2026. The seven directions defined in it cover all spheres of life and activity of the state and society. Thus, the policy of the country’s leader instills confidence in the Uzbek people in the future, a happy future for the next generations.

The initiatives of the Head of state reflect the dreams and aspirations, interests and aspirations of the people. Based on this, we can say that the era of the third Renaissance has begun in the modern history of Uzbekistan, a characteristic feature of which is the unification of people around national interests. As a result, a new spiritual and social image of Uzbekistan is forming.

The development strategy is designed for five years, but it will serve as the basis for development for several decades to come. And the results of the implementation of the goals and objectives defined in the program document can be seen in the following.

Firstly, in achieving success in state and public construction; transformations carried out taking into account modern requirements and millennial traditions of Uzbek statehood.

Secondly, in the transition to a new stage of renewal related to ensuring the rule of law and reforming the judicial and legal system. The revision of existing laws and coordination with the needs of socio-political renewal are important here. Since Uzbekistan is actively integrating into the processes of globalization, demonstrates great potential in solving global problems as an important subject of international relations, such a system of drafting and adopting laws is necessary, which certainly takes into account the opinions and suggestions of the people.

Our great ancestor Abu Nasr Farabi said thousands of years ago: “Good laws come out of good traditions.” This requires a radical reform of the judicial branch of government based on the traditions and customs of the people.

Thirdly, in solving today’s problems related to the development and liberalization of the economy in the conditions of market relations. The main task here is to increase the welfare of the middle class, which makes up the majority of the population, through reducing the share of state participation in the economy, protecting property rights and legitimate interests of the owner, comprehensively strengthening the role of the owner, encouraging small business and private entrepreneurship. Based on the fundamental meaning of economic development, it is necessary to take measures to continuously modernize its leading industries, strengthen macroeconomic stability in every possible way, and deepen structural changes.

Fourth, in the development of the social sphere. A person comes into the world in order to enjoy all the opportunities for a full life. He must realize all his dreams, ideas and bring maximum benefit to himself and society. Thus, laying the foundation for the Development Strategy of universal values and needs indicates the strengthening of the role of the people in the decision-making process.

Fifth, any society is interested in peace and stability. This rule becomes even more relevant in the XXI century – a period of aggravation of global problems. Our greatest achievement is that in the conditions of religious extremism and fundamentalism, destructive forces seeking to create threats to interethnic harmony, Uzbekistan has turned into a phenomenon of religious tolerance and interethnic harmony. Now we are required to preserve this heritage, strengthen the ideological immunity in the heart of every citizen, and raise the spiritual and educational level.

Uzbekistan’s foreign policy is aimed at maintaining and strengthening mutually beneficial, trusting, healthy and equal relations with foreign countries. This shows that our state is built on humane ideas. And the Development Strategy calls for raising these values to a new level based on new historical conditions.

Thus, a new period of development has begun in Uzbekistan, aimed at achieving specific goals that meet the requirements of the renewal strategy.

The new Uzbekistan is becoming a reality. We and the entire world community are deeply aware of this on the brightest and dearest holiday for us – Independence Day. The lofty ideals of our President are embodied in Uzbekistan, which is gaining strength and striving for great goals, in the realization of the aspirations of our people, who are on the path of prosperity and progress.