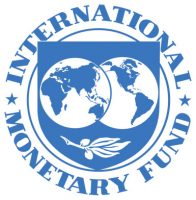 A Concluding Statement describes the preliminary findings of IMF staff at the end of an official staff visit (or ‘mission’), in most cases to a member country. Missions are undertaken as part of regular (usually annual) consultations under Article IV of the IMF’s Articles of Agreement, in the context of a request to use IMF resources (borrow from the IMF), as part of discussions of staff monitored programs, or as part of other staff monitoring of economic developments.

The authorities have consented to the publication of this statement. The views expressed in this statement are those of the IMF staff and do not necessarily represent the views of the IMF’s Executive Board. Based on the preliminary findings of this mission, staff will prepare a report that, subject to management approval, will be presented to the IMF Executive Board for discussion and decision.

Washington, DC: An International Monetary Fund (IMF) staff team led by Ron van Rooden conducted a remote mission from January 25 to February 16, 2021 in the context of the 2021 Article IV consultation with Uzbekistan. At the conclusion of the mission, Mr. van Rooden issued the following statement:

To strengthen incentives, the authorities should progress with opening markets, increasing competition, and allowing prices to be determined by market forces to ensure an efficient allocation of resources. These are areas where progress can be made relatively quickly and where international experience shows that results can be substantial. This includes removing remaining barriers to market entry and eliminating tariff, tax, and other privileges that notably SOEs enjoy. Open and competitive procurement markets are important for government spending efficiency. Streamlining business regulations and, importantly, enhancing their predictability and stability are necessary, as frequent and ad-hoc changes deter investors. The planned establishment of wholesale markets for natural gas and electricity will be a major step toward efficient energy pricing and eliminating large but poorly targeted implicit subsidies. To protect vulnerable households, however, raising household energy tariffs should go hand in hand with expanding the social safety net. The resumption of the WTO accession process and Uzbekistan’s increased access to EU markets will promote trade integration and benefit Uzbekistan’s businesses and consumers.

Competition will also be enhanced by the planned reform of the large SOE sector. Last year’s presidential decree set an ambitious agenda for the reform and divestiture of nearly 3,000 SOEs. The government has already started to divest minority stakes and smaller assets via an online platform and is aiming to privatize several larger SOEs this year. Adoption of a new privatization law will help improve the legal framework for selling larger enterprises. The government should continue to hire reputable advisors to help attract strategic investors for companies that will remain (largely) in state hands and prepare other larger SOEs for sale via open and transparent processes. A new state-ownership law will help better define the ownership principles for companies that will remain in state hands. Meanwhile, the government should focus on improving the governance and financial reporting of large SOEs and place them more at arms’ length from the government. Limiting government guarantees for SOEs will help instill greater financial discipline.

Enhancing institutions requires creating a level playing field for businesses that is well-regulated in line with international best practices and in which property rights are well protected and contracts can be enforced. The Antimonopoly Committee should further step up its efforts to break up monopolies and remove other distortions. An independent energy sector regulator will need to be established to set and adjust tariffs until these can become fully market determined. Moreover, the authorities should continue to improve governance and ensure strict adherence to the rule of law. The authorities have embarked on a far-reaching reform of the judicial system, aimed at strengthening the independence and integrity of the judiciary. Key steps will need to focus on strengthening the independence of the Supreme Judicial Council and the procedures for the selection of candidates to judicial offices, as well as the organization of courts. The Anti-Corruption Agency is tasked with investigating possible corruption, but success in tackling corruption will also depend on fair and credible prosecution and adjudication. The planned asset and income declaration scheme will help detect corruption but should be kept manageable, by focusing on senior officials, and made effective through increased transparency. Similarly, building on the increased transparency of pandemic-related spending, the planned creation of an online platform for all public procurement will also increase transparency and will be a major step in reducing opportunities for corruption. In this regard, it will be important that the portal provides key information on awarded contracts and the beneficial owners of the companies that obtained them. Business registers should be improved to ensure that they contain accurate and up-to-date information on the ultimate beneficial owners of companies. More broadly, the ongoing digitalization of government services, including tax and customs, will increase efficiency and further reduce opportunities for corruption.

Enhancing access to inputs is important as well. Businesses have noted limited access to resources, such as finance, land, energy, and qualified labor as constraints. A key area that can contribute significantly to stronger growth is improving access to finance, by advancing financial sector reforms, including efforts to improve state-owned banks’ governance and to divest most of these. These reforms will help create a healthy and competitive banking system that can efficiently facilitate financial intermediation. Increasing land tenure rights and making them tradable are needed to help increase investment and hence productivity in agriculture. The authorities also rightly focus on investing in human capital, in health care and education, notably higher education, which, together with efforts to improve the efficiency of public spending, will improve labor skills and help achieve the SDGs. Additional investment is also needed to address bottlenecks in infrastructure and the energy sector, including to improve its efficiency.

The mission would like to thank the authorities for the close collaboration and express its appreciation for the candid and insightful discussions. 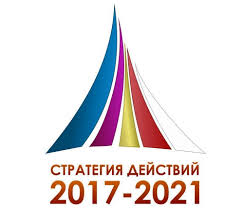